Modern Technology on the Ranch

It seems like every time I turn on the TV, look at a billboard or magazine or even listen to the radio, there are numerous now technologies being advertised. Whether it is a new car that takes more electricity and less gas, all the way to a new app for a cell phone that can completely transform your life, modern technology is everywhere!

Not too long ago I was asked if my family used a lot of modern technology on our ranch. Let me tell you I perked up. Modern technology, well we at the lazy VP ranch are a prime example of modern technology. Don’t get me wrong, we haven’t got to the stage of having temperature computerization in the barn or our outbuildings. None of our tractors even pick up a clear radio signal, and no, we don’t have a way of gathering waste and feces in a large bin under our barn. But there is a specific technology that has sent us leaps and bounds ahead of the proverbial pack. 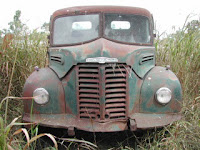 The first modern technology we implement is an electronic water system. Every day, at a certain time our water system clicks on. It’s a systematic process. The tank closest to the house gets filled first and the one the farthest, of course, gets filled last. It is one of the lowest cost systems around. We purchased it back in 1998 and it has been progressively getting better ever since.

Another modern technology worth bragging about is our pen cleaner. You’ve never heard of a pen cleaner? Well, now you will have! Once a week, whenever my parents instruct, the pen cleaner begins cleaning in the dirtiest pen and eventually the entire sheep barn is spotless. This was actually made at the same time, and by the same manufactures as our watering system. 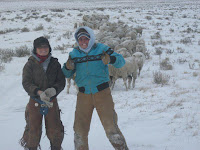 But it doesn’t stop there, we use the same system for shoveling snow, and lambing, and washing dishes, and…okay let’s be honest, this series of modern technologies is none other than, my little brother. My family had never had extensive amounts of money to spend on SUPER modern technology. Sure, we have some nice tractors and our chore pickups only have a limited amount of rust on the rims but our best asset is Sterling. He’s in his mid teenage years now and he is willing to do anything, anytime to help anyone. We appreciate him a lot and he is paid with food, clothing, a bed to sleep and even money…on very rare occasions. This was the same method my parents used for modern technology when I was young. It instilled in each of us a good work ethic and a positive attitude toward the ranch life.
Posted by Unknown at 11:03 AM